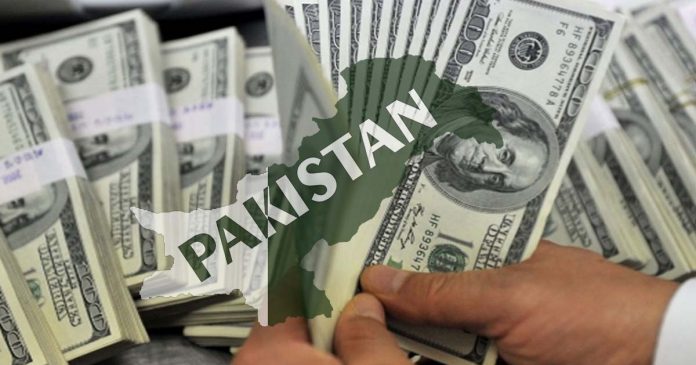 Latest numbers from SBP report on Special Convertible Rupee Accounts (SCRA) show divestment of around $630 million worth of Foreign Portfolio Investment (FPI) from Equity, T-bills and Pakistan Investment Bonds (PIBs) in the month of April alone. The outflow of foreign investment has been highest in March 2020 where around $1735 million were divested from the government T-bills and $92 million were divested from equity market.

FPI inflows before the Covid-19 crisis

In light of high inflation and monetary tightening policy, SBP continued to increase policy rate since July 2019. SBP also worked on devising strategies to attract more foreign investment in the country by issuing T-bills through auctions and making PIBs more attractive for investors. The increase in foreign investment started November 2019 onwards with Foreign Portfolio Investment (FPI) of $719 million in November alone. Similarly in December, FPI was around $ 289 million mostly in T-bills.

The interest rate of 13.25% was among highest in the region and was packaged along with a change in tax regime for foreign investors. The state bank devised a new tax policy for investors of government t- bills of 3 to 12 months and PIBs of 3 to 20 years.

The maintenance of high interest rate by SBP in the beginning of 2020 along with tax regime yielded great results for FPIs. The T-bill auctions by SBP saw great foreign investment inflows in January alone with investment in T-bills reaching $1.4 billion in the month. The rupee based short term T-bills saw most participation and the projected T-bill investment for 2020 exceeded $5 billion by several analysts.

Divestment of FPIs since Covid-19

The table below shows the portfolio investment by foreign investors in Pakistan from July 2019 till date.

The table shows huge outflows of foreign investment from T-bills, equity and PIBs since beginning of March 2020. The outflows were in response to the economic crisis of COVID-19 which shrunk the projected economic growth of Pakistan. The decreased demand of products and services in the country has resulted in lower than expected inflation rate which in turn has led SBP to adjust its policy twice in month.

The single digit policy rate of 9% indicates less attractive return for foreign investors. Moreover, the developing countries are posing a greater financial threat in terms of economic collapse and foreign investors are bound to reduce their exposure in struggling countries. Over all, since July 2019, the outflow of FPI in T-bills alone is around $2.63 billion leaving the remaining investment of $799 million. This has put a great dent in efforts of SBP to increase foreign reserves.