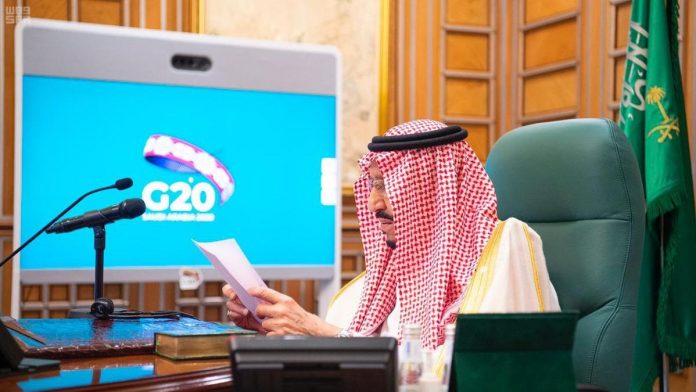 In a third virtual summit hosted by Saudi Arabia in Riyadh, the G20 has finalized the decision to include all countries under International Development Association (IDA) for debt relief. The terms of the relief and time extension is yet to be finalized. However, Saudi Finance Minister, Mohammad Al-Jadaan, has confirmed that “poor countries do not need to worry about repaying over the course of next 12 months”. Pakistan is officially included in the list of 76 countries who are getting relief from this extension.

The repayments for selected countries including Pakistan will cease from May 1, 2020 till end of year. The moratorium on these debts will then be collected under new loan after 2022. G20 is in talks with IMF and World Bank regarding extending the period to 2021 along with extending the loan coverage according to each economy. In previous talks of IMF and World Bank with G20, talks were underway regarding devising economic relief package for each economy based on their state. G20 countries in their next meeting will finalize the terms and conditions of this relief extension through virtual meeting.

For Pakistan, the finance ministry is confident on relief regarding loans from World Bank, ADB and IMF and are looking up to G20 for inclusion of other bilateral credit from Saudi Arabia, China and UAE. Pakistan currently owes around $7 billion to these three countries and any extension of coverage to these loans will be a huge relief for the economy.