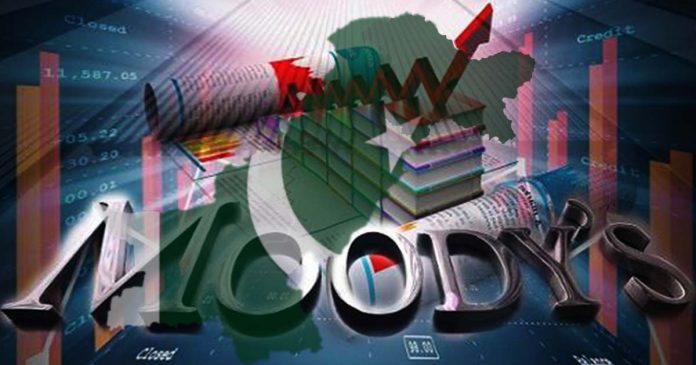 In a latest report published by Moody’s, the agency maintain the credit rating of Pakistan at B3 as the country receives $1.4 billion under Rapid Financing Instrument (RFI) from IMF and supplementary financial aid of $588 million from Asian Development Bank (ADB). In addition, G20 nations and International Development Association (IDA) have offered to provide debt relief to Pakistan. The $7 billion stimulus packages announced by Prime Minister Imran Khan on 24th March had raised the financing needs of the country by multiple times.

The fiscal deficit in Pakistan was around 8.9% in 2019 and under the current economic crisis, Moody’s has raised the expected deficit for 2020 to be around 10%. The financial stimulus presented by Imran Khan aims at providing direct cash hand-outs to low-income and daily wagers with more than Rs. 200 billion allocated for wagers. Moreover, around Rs. 200 billion is allocated for export industry and small and medium (SME) sector. The stimulus package constitute around 2.8% of Pakistan’s GDP and without substantial financing support, the deficit could fall beyond 10%.

The revenue collection for Pakistan raised by 40% including 18% rise in tax revenue. However, 2020 will likely observe a decline in tax collection as predicted by IMF. Moreover, the partial lockdown across the country can further reduce consumption and thus, reduce indirect and sales tax collection. Lastly, Moody’s incorporate the data on drastic fall in oil imports for Pakistan which can substantially mitigate the expected fall out of fiscal deficit under current circumstances. Moody’s expectation of fiscal deficit for 2021 is around 8%-8.5% of GDP.

In order to support the economy in coronavirus crisis, Federal government has announced several relief packages for industries to sustain employment and economic growth. Moreover, the support for healthcare sector is also a major financial concern for government. Moody’s expect Pakistan’s debt to rise by 4% during 2020, constituting around 87% of GDP. However, Moody’s foresee greater input by bilateral creditors in coming days. The report incorporates expected deferring of both principle and interest payments on bilateral debt due in May and June by G20 nations. The interest for foreign currency debt in Pakistan constitutes around 0.6% of GDP and is owed equally to bilateral creditors and multilateral development banks (MDBs).

The federal government’s decision to partially open the economy with construction, export and agriculture sectors active during the crisis, will play a significant role in avoiding severe recession. Moody’s expect Pakistan’s GDP to shrink by 0.1% to 0.5% during 2020. This conservative analysis for GDP decline is based on the federal government’s efforts to keep domestic consumption levels up during the crisis. Moreover, the fiscal consolidation by federal government under IMF program has already put the economy on right track and despite increasing fiscal deficit in 2020, the moving cycle of economy will have a positive impact in coming year. Overall, the rating agency considers it quite viable for Pakistan to come out of this recessionary crisis due to coronavirus in 2021.