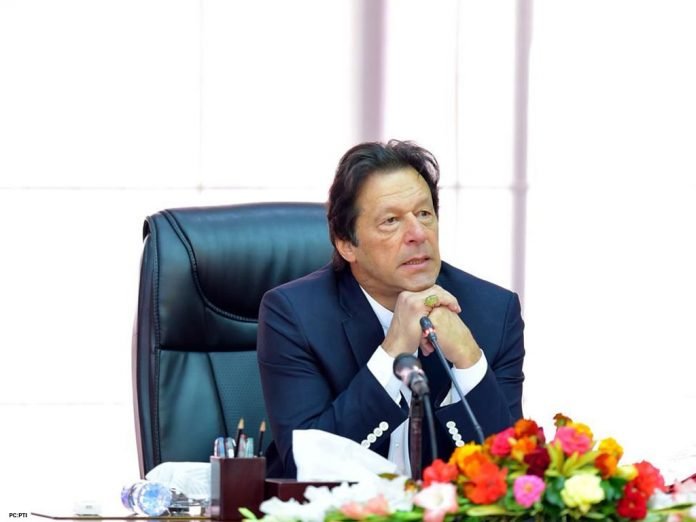 The world is going through an unusual and unforeseen period where economies have come to a grinding halt and healthcare systems are exhausted for the first time in decades. It is the first time that we are witnessing first world countries struggling with loss of human lives more than even some third world countries. Pakistan too, has recently joined the league of COVID-stricken economies after months of pretentious assumptions about immunity of Pakistanis to this virus.

The coronavirus spread in Pakistan has suddenly brought in light several unresolved issues at hand of Federal government that needs immediate action now. The extraordinary measures that government had to take in order to fight the virus has made one thing clear; where there is a will there is a way.

If government can prepare a 1000 bed temporary hospital in 10 days and more than 1500 HDU bed setup in few days, it can build hundreds of hospitals in each district, village and council of the country within limit time too.

If government can register needy families and unemployed individuals within days to distribute stimulus, it can register remaining population within limit time as well to create a proper social security system.

Initiatives and Regulations that needs to be resolved in Pakistan

Following is a list of initiatives that are either already in process/ delayed by Federal and provincial governments or need to be initiated immediately to a constructive response to calamities like COVID-19.

In 2015, PTI-led KPK government introduced Medical Teaching Institutions (MTI) Act which was opposed by doctors and paramedics with great force. The MTI Act is an international practice which aims at making an efficient health care system through appointing an independent Board of Governors (BoGs) from private sector as well as with medical background and government officials. The role of BoGs is to ensure timely supply of services, medical supplies and working of government hospitals as well as power to remove any department personnel who are not performing well. Another aspect of MTI act is to provide hospitals with autonomy to purchase their own equipment and any other supplies which previously had to go through a tiring and bureaucratic process.

The MTI Act was criticized by opposition and doctors as it bars doctors to work privately during service timings and increased timing for presence of medical staff. The Act was labelled as privatization act and an anti-poor law whereas it is a highly effective method to bring everyone under accountability scale. The Young Doctors Association (YDA) keeps protesting on baseless grounds against the implementation of law which can bring greater accountability for health workers at each level.

Prime Minister Imran Khan had time and again clarified how MTI Act is no where near privatization but a step to create and effective healthcare system in the country.

Dr. Yasmin Rashid, Health Minister of Punjab also emphasized on benefits of adopting the MTI act after the law was passed in Punjab Assembly in March 2020.

Despite great protests and demonstrations across the province against MTI law, KPK government successfully implemented MTI law in various teaching hospitals and has been making required amendments since 2016. A recent article on KPK hospitals highlighted how MTI Act has enabled hospitals like Khyber Teaching Hospital (KTH) rise to the occasion as COVID-19 cases begin to get out of control.

The health reforms introduced by PTI-led government under MTI act in 2015 have started reaping benefits as under BoG, hospitals under MTI are now operational with their operation theaters and teaching staff available for more than 14 hours compared to 8 hours before. With bed managers at MTIs, bed occupancy has improved around 95% and supply managers under BoG ensure availability of medical supplies uninterrupted. Currently, in order to deal with COVID-19 crisis, DG Health Services is working in collaboration with directors of Peshawar MTIs to manage supplies, coordination with private hospitals and funding for arrangement of ICU and HDU arrangements.

The details of MTI Act speak for greater efficiency, accountability and coordination among health care departments and provincial government and is a significant step towards creating a well-funded, efficiently-run and evenly spread healthcare system for Pakistan.

The crisis of coronavirus has exposed another significant weakness of current government which is lack of local government system established in Pakistan. In Pakistan, unfortunately, local bodies have worked mostly under military rules only while in civilian governments, only 6 years have seen local bodies active. The pandemic of Coronavirus has seen high mismanagement from government due to missing of local bodies, Union councils, district level councils and mayors that can connect with masses on ground level and could have been a greater help with distribution of rations, collection of data regarding COVID-19 spread and registration of families for aid. The Tiger force created by PM Imran Khan is a big question mark for federal government as to why it failed in establishing a strong government-controlled local body system to cater to such crisis.

The PTI government came to Federation with an ambitious goal to establish active local bodies across the country. In 2019, Punjab Local Government Act (PLGA) 2019 was passed which brought amendments to previous local government acts. The new statute has delegated additional authority of local governments including education and WASA unlike previous Acts. The PLGA 2019 also gives equal opportunities to opposition party members to participate in elections and a more efficient system is designed for mayors. At the end of April 2020, Punjab government defunct all union councils (UCs) in Punjab with audit and administrative scrutiny of previous UCs.

However, a greater political consensus is required currently in Pakistan for local bodies to work as with opposition having equal chances to win, there can be another chaos after elections resulting in delay of funding to selected councils or districts. The Punjab government is already in process of training of Local Government and Community Development (LG&CD). At end of May 2020, Punjab government has provided a one-week training to 2000 secretaries and 500 peons and security guards of LG & CD with minimum matriculation certifications across the Punjab. Now it is vital for federal government to hold local body elections as soon as possible and feasible to prepare a task force on ground level to combat such crises in future.

Under the PTI-led government, several social programs have been initiated by the government which aims at serving different segments of society. The exclusion of culprits from Benazir Income Support Program (BISP) and extension of the Program under Ehsaas Program, Panagah Shelter Homes, Insaaf Health cards, Madrassah Reforms for inclusion of poor kids in society are some of the initiatives that aimed at uplifting the poor segments of society.

However, the corona virus pandemic has highlighted the absence of a central database that should have been created to reach out every individual who needs assistance. Pakistan was unfortunate to lack the structure for continuing lock down strategy despite huge and vulnerable population. The lack of documentation and registration of Pakistanis with NADRA is a serious hindrance in government’s approach to providing social security to masses.

The welfare system in Canada, Australia and UK is based on the registration of population with central government through a central database system. The registration of unemployed people for Ehsaas program in Pakistan is an example of how government can encourage registration of families. In this regard the local government systems can be of utmost significance as union councils can get their residents registered with the central database for wider coverage of social benefits. As pointed out by several critics during the COVID-19 pandemic, if governments can reach out to individual voters for elections, why is it so difficult to register masses for social benefits and taxes?