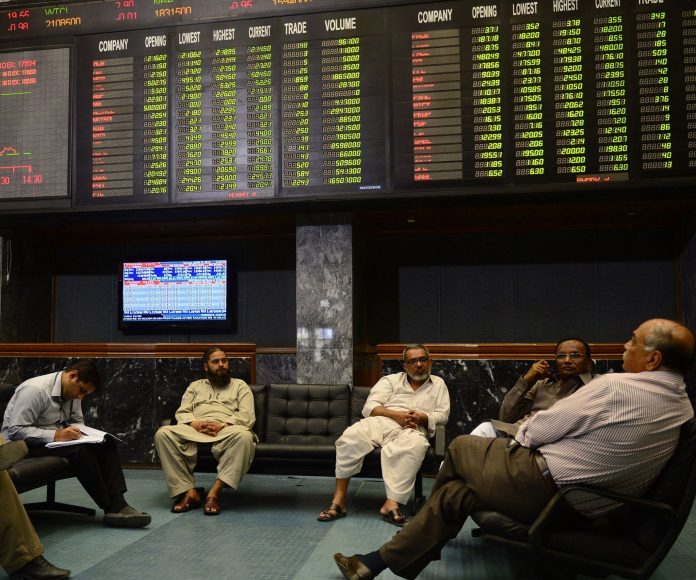 The unexpected policy rate cut by State Bank on Thursday evening yielded great results for stock market as PSX remained bullish gaining around 1500 points at day end on Friday. The State Bank announced single digit policy rate of 9% down from 11% in light of crisis faced by industrial sector in Pakistan. The members of PSX received the move with great enthusiasm. Pakistani Rupee also jumped by 2% over the news of reduced debt repayment burden for Pakistan.

As soon as market opened, PSX benchmark index reached upper limit of high of 5% after which trading was halted. After trading was resumed, the market continued its bullish trend and reached level of 33,000 points with 6% gain and closed at 32,831 points. The loan relief of $1.4 billion from IMF was another good news for the market participates and was reflected in buying behavior at PSX

The Monetary Policy statement projected economic growth to be negative in coming quarters, under the effect of corona virus. However, the deferment of loan payments by IMF has reduced a major burden from economy of Pakistan.

The rupee also responded positively to the news of IMF’s debt relief of $1.4 billion for Pakistan. The Pakistani rupee jumped up by 2% with increase in value of Rs.5.38 against US dollar bringing US dollar to value of Rs. 163. Both factors of interest rate cut (9% from 11%) and IMF debt relief significantly affected perceived value of rupee. The analysts are witnessing a major recovery in economy as soon as the pandemic ends due to appropriate financial measures taken by the Federal government and State Bank of Pakistan during last few weeks.

In a recent update by finance ministry of G20, Pakistan might get a debt deferment on loans worth $12 billion. The G20 finance ministry is in process of preparing final draft of debt moratorium for poor countries. IMF, World Bank, ADB as well as Paris Club will provide debt relief to Pakistan on its loan repayment. Saudi Arabia and China are also expected to announce debt relief for amounts of around $5 billion and $3 billion respectively.

Read more: G20 to give debt relief of $12 billion to Pakistan

The impact of another major debt relief should be perceived positively by PSX on next trading day. Also the value of rupee can also witness appreciation over debt relief.