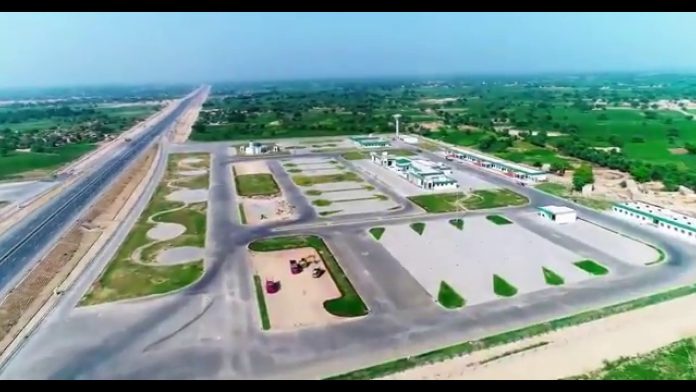 The Federal government on 22 April, gave approval for disbursement of funds for Sukkur-Hyderabad Motorway. The Motorway will be constructed using Rs. 182 billion under a private-public partnership and is an extension to Sukkur-Multan Motorway. The project will potentially save around Rs. 50 billion under the private-public partnership and competitive bidding. Due to involvement of private partnership, the construction cost is estimated to be more than 21% lower than the Sukkur-Multan motorway.

The Sukkur-Multan Motorway is a 392 km long road which was built under CPEC with cost of $2.94 billion, 90% of which was a loan to Pakistani government on interest rate of 1.6%. The per kilometre cost of Sukkur-Multan Motorway is around Rs. 760 million and is a major component of CPEC built under public partnership. The project was inaugurated by then Prime Minister Nawaz Sharif in 2016.

The Central Development Working Party (CDWP) recommended a 306 km extension of Sukkur-Multan motorway to extend the belt to Hyderabad. Chairman CPEC Authority, Asim Bajwa told media that the process for funds transfer and land acquisition for the motorway have started. He also announced that Sukkur-Hyderabad Motorway will be built on BOT system which is Build, Operate and Transfer by private sector. The private construction companies will hand over the completed project after concession period to National Highway Authority (NHA).

The Federal government will finance around 4% of the project while remaining funding will be provided by private partners. The 306 km project is expected to be completed at per km cost of Rs. 590 million and will be completed in 33 months. The project will be a great addition to the road belt from North to Eastern corridor. The project will start by end of December 2020 after completion of competitive bidding from private concessionaires.

The construction for Sukkur-Hyderabad will start from Hyderabad and end at the start of CPEC based Sukkur-Multan motorway at Sukkur. The interchanges for the motorway include Khairpur, Hala, Matiari, Nawab Shah, Naushero Feroz and finally Hyderabad.