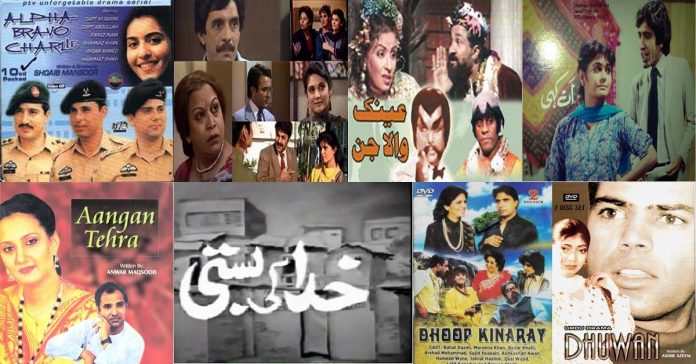 Since the lockdown, with everyone restricted at home, there is a sharp rise in use of Netflix and online games as people find activities for themselves and their kids. However, our older generations are used to traditional television shows, news channels and old and new Pakistani dramas. A research on social media habits analyzed that around 75% of Generation X are influenced by nostalgia and watch videos related to old times.

Since in Pakistan, majority of older people have less know-how of social media, they end up browsing fake alert videos and conspiracy theories related to coronavirus that have bombarded social media including Facebook and WhatsApp. This has resulted in increased anxiety and depression in masses and specifically for our elders who were used to their own small social circles and activities.

Our Most Recommended Pakistani Dramas

Instead of relying on Netflix, we have created a list of old and timeless Pakistani dramas from 1980s and onwards. We would recommend to make your children watch these shows as well as they depict true Pakistani culture and a closer to reality image of our society.

Tanhaiyan is the first drama we would recommend in this list as it will not only entertain your elders but will be a pleasant surprise for your kids as well. Tanhaiyan is a classic play that revolves around two sisters who have lost their parents in an accident and now struggle to take their lead in life. The serial is a saga of emotions, wittiness, laughs, and positive feminism that needs to be promoted today.

Dhoop Kinare is another gem of a play which revolves around two doctors, Marina Khan and her senior Rahat Kazmi, who work in a children’s hospital in Karachi. Given a 15 years age difference between the characters, it is interesting to watch the emotional and funny roller coaster ride that the couple takes during the play. The cast also includes Sajid Hassan as another doctor who constantly brings laughter and smile on faces of audience with his witty humor.

Sunehray Din was a short drama series produced by ISPR that is bound to attract even younger audiences. The drama is based on life of a carefree boy Safeer who later joins Pakistan Army. The rest of the series is filmed in Pakistan Military Academy (PMA) and shows the fun and struggles that army has to go through during their training.

Ankahi is another classic drama with unforgettable cast including Shehnaz Sheikh (from tanhaiyan), Javed Sheikh, Shakeel, Bahroz Sabzwari and Jamshed Ansari. The story revolves around bubbly character of Shahnaz Sheikh who later turned into loner due to her emotional attachment to her boss (Shakeel). The series is full of witty dialogues, funny scenes and emotional parts.

Marvi is story of a village girl Marvi (played by Ghazala Naqvi) who moves to city for her education and gets abducted by a feudal lord. Marvi is based on folktale of Umar Marvi from Sindh, who resists the pressure of a feudal lord. Umar Marvi is considered a symbol of hope and courage. The drama was one of its kind when it was released and effectively portrayed the culture of feudalism in Pakistan that sadly still exists and therefore, makes this play worth a watch. The drama also highlighted the significance of education and need for standing up against injustice to make place for oneself and specifically women.

A classic Pakistani comedy cult, Aangan Terha is a story that revolves around Bushra Ansari, Salim Khan and Shakeel and has many guest appearances as well. The drama is a satire written by the legend Anwar Maqsood and is a series full of hilarious scenes and excellent performances. The drama casually touches the issues of Pakistani politics as well including the failed political and electoral system and Martial laws in Pakistan. The drama is highly relatable to even today’s political scenario.

Based on a modern classic of Urdu literature by Shaukat Siddique “Khuda ki Basti”, the drama Khuda ki Basti was first aired in 1969 and then again in 1974 on request of Zulfiqar Ali Bhutto. Khuda ki basti had one of the strongest social impact on Pakistani audience in history of Pakistani television. The story revolves around the slums of Lahore and Karachi in 50s where many respectable families, who migrated from India, were forced to live. Like present day serial “Daastaan” (featuring Sanam Baloch and Fawad Khan), Khuda ki basti will leave you wondering and perplexed about the sacrifices of migrants from 1947, condition of our country and how significant value this land holds.

Dhuaan is one of the most widely watched television series during 90s. It is an excellent depiction of Pakistani society, its youth and the challenges that political system presents. Dhuaan is a story of five friends who want to fight against corruption, terrorism and drug dealing in Pakistan. The drama features actors like Ashir Azeem, Nabil, Nazli Nasr and many more.

Produced by ISPR and directed by Shoaib Mansoor, Alpha Bravo Charlie is a sequel to short drama Sunehray Din. The drama revolves around the life of three soldiers in Pakistan Military Academy and their friendship. Apart from romance and comedy, the series include incidents from Pakistan army’s participation in Bosnian war and Siachen conflict with India.  Alpha Bravo Charlie is a tale full of fun, drama, thriller, romance as well as trauma and death.

Alif Noon is a satirical comedy that tackles social issues prevailing in Pakistan during 60s. The series revolves around two friends Rafi Khawar and Kamal Ahmed. The wittiness of writer Kamal Ahmed is a treat to watch in present day when comedy has become limited to uncouth language and expressions.