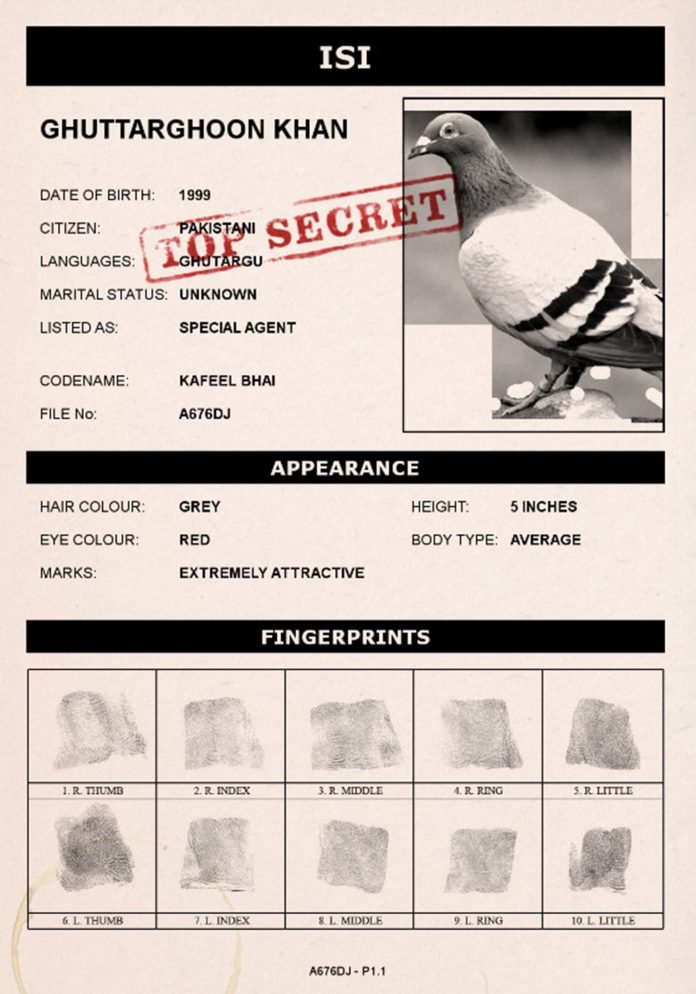 The Indian government of Jammu and Kashmir has returned the alleged spy pigeon from Pakistan after declaring it suspicion free. The Indian villagers captured the bird on Indian soil with pink spots and a ring on its leg with a number inscribed. The news, apparently a laughing stock among international media, was covered widely by BBC, Reuters, Al-Jazeera and several other popular papers.

A Pakistani villager, Habibullah, who lives hardly 4 km away from Indian border, claimed ownership of the pigeon and highlighted that the number inscribed on foot ring of pigeon was his phone number. The pigeon was participating in a bird race as well on Eid festival after which he disappeared. After the race, pigeon flew away from its village and didn’t come back for two days, apparently being captured by Indian media. After India broke news of capturing the pigeon, the owner of the pigeon requested Prime Minister Modi to release his innocent bird.

The news has been laughing stock in national and international media like before. Several news anchors and analysts have been calling it childish behavior on part of Indian government and forces to repeatedly capture innocent and harmless birds for impossible crimes.

Similar allegations were started by India in 2015 when a pigeon was captured by Indian forces on border and due to difficulty in interpreting Urdu language written on pigeon, considered it some code for terrorism. Big news channels like BBC and Fox News got hold on to that news at that time ridiculing India over its petty efforts to blame Pakistan for everything wrong in India.

Such episodes of blame game and blowing things out of proportion reveals the paranoia that exists in India and exposes the truth of relationship between India and Pakistan. It is shocking to see what level an ultra-nationalist government in India has brought sane minds to. From sending pigeons to heat waves to locust plague, there is a non-stop propaganda that continues to appear in media from India.