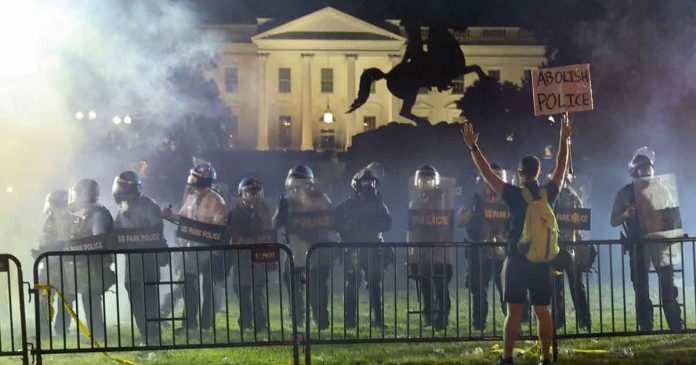 Amidst the pandemic and resulting health and economic chaos, there has been an unusual and alarming unrest in the world. The incident of barbaric killing of “George Floyd” in public has ignited the already burned out nation of America that is facing worst form of corona virus pandemic compared to even developing part of the world.

The resulting violence, riots and protests have now reached White House forcing the President of USA to hide in specialized bunkers in White House along with his wife Melania and Barron. Although the visit to bunkers was for brief hours, there has been a global response to the incident with Donald Trump labelled as ‘bunker boy’ and trending at top of Twitter.

Leading political and non-political personnel are taking a jap at the president with Chinese Foreign Ministry Spokeswoman taunting the president for his earlier intervention in China-Hong Kong protestors’ tussle. Ms. Hu tweeted, ‘Mr President, don’t go hide behind the secret service, Go to talk to the demonstrators seriously. Negotiate with them, just like you urged Beijing to talk to Hong Kong rioters.’  Lijian Zhao, the Chinese Foreign Ministry Spokesman urged US to end racial discrimination and police brutality and threatened Trump to stop his intervention in China-Hong Kong conflict over power.

Implications of US protests globally

As if the rising conflicts between China and India, India and Pakistan, and Indian Occupied Kashmir were not enough to disturb the peace of our region, the latest chaos and destruction in USA is leading to an unknown fear.

Over 25 states in USA are currently facing riots, destruction and brutality as people storm out on streets for ending the violence against people of different races. The movement ‘Black Lives Matter (BLM)’ that emerged in 2013 in reaction to killing of ‘George Zimmerman’ on hands of US police is now alive again and from the looks of it, doesn’t seem to be settling down soon.

The US protests are extending beyond the borders now with Canada, UK, and other parts of Europe.

The footages and images of protests in US, Canada and Europe do not seem to directly affect any nation in other regions. However, the response of Trump to the demands of protestors has further fueled the activists and if any military action is taken against them as Donald Trump intents, the global politics might be changed in a significant way.

This racial discrimination and selected violence in USA go way back than this century. While the issue will take time to resolve with protesters, the pandemic of corona virus is building up its strength again within the huge crowds that these protests have drawn. One can expect how the situation in USA and other countries can worsen in terms of medical, economic and social chaos and shortfalls.