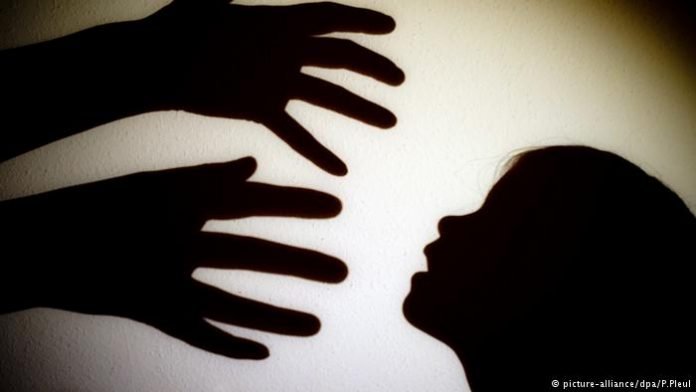 Lahore High Court has suspended sentence of Saadat Amin and granted him bail over the charges of being member of child pornography racketeer. Saadat Amin was handed down conviction back in 2018 by judicial magistrate Muhammad Amir Raza Baitu under Section 22 of Prevention of Electronic Crime Act 2016 and imposed Rs1.2m fine on him.

Saadat Amin was caught in 2017 on the complaint of Norwegian embassy. At the time of his arrest and subsequent case in court, prosecution led by Federal Investigation Agency (FIA) said the convict was an active member of international racket operating online from Pakistan by engaging children having age of 10/12 years. The accused used to transmit their pornographic pictures/videos outside the country and would receive payment for it. At the time of his arrest, FIA had received 650,000 pictures and videos from the accused related to child pornography.

The accused was hands in glove with international gang involved in child pornogrpahy led by Jan Lindstrom in Sweden, Giovani Betotti in Italy, Max Hunter in US, Andrew Moody and Mukhtar in UK. The agency produced eleven witnesses against the convict in court at the time of his earlier conviction. However, his lawyer, Rana Nadeem Ahmad argued that the investigation held by the Federal Investigation Agency was faulty as it failed to arrest or investigate the alleged foreign agent in Norway. He said the money received by the convict from abroad was not against the child pornography.

So the legal case mostly rested on the premise that FIA failed to investigate or arrest international cuplrits and hence all the local proofs or investigations from the accused are discarded. Even if our agencies failed to investigate those aspects, it is still a matter of grave concern. Saadat Amin bail plea was rejected by Justice Abdul Haq, Additional Sessions judge in Lahore, in September last year but finally he succeeded to get it from Lahore High Court.

We have earlier seen similar incidents being reported by victims in same city Sargodha and they also accused that the influential perpetrators of the crime are pressurizing families to take back their case. Even police is supporting the accused.

Saadat Amin admitted that he used to get money between $100 and $400 via Western Union and Moneygram for each video involving young boys.

Saadat Amin is a graduate from University of Engineering and Technology (UET), Taxila Campus and would trap students by offering free computer courses at his home. However, poor students would end up being exploited and filmed. The parents were lured into the exciting offer as they were paid or blackmailed.

Saadat Amin was found to be linked to pedophile network, which was unearthed as part of a larger ‘Dark Room operation’ launched in  Norway, Sweden, Denmark and other countries in November 2016. The principal accused who exposed links with the Pakistani man, James Lindstorm is also facing investigations.

Punishment for Child Pornography in Pakistan – Isn’t it too lenient?

Child Pornography is a punishable offence under the 2016 Pakistan Electronic Crimes Act. Persons involved in such a crime can be awarded up to seven years imprisonment or five million rupees fine. As per the law:

The law of the land seems relaxed keeping in mind the heinous nature of the crime. The ideal law would be Islamic law to tackle all such cases in Pakistan

The Malaysian Law on Child Pornography passed in 2017 is even more strict compared to Pakistan. As per Malaysian law on Sexual Offences Against Children:

The Sexual Offences Against Children (SOAC) Act 2017, which obtained Royal Assent on July 3 and was gazetted on July 7, came into effect on July 10. It criminalises “grooming” – touching and befriending children as a prelude to sexual abuse – and spells out penalties for making and possessing pornography involving those under 18. The maximum penalty under the law is a jail term of up to 30 years and six strokes of the whip for making, possessing or distributing child pornography.

Let us know your thoughts on the subject and how it can b effectively tackled in Pakistan.