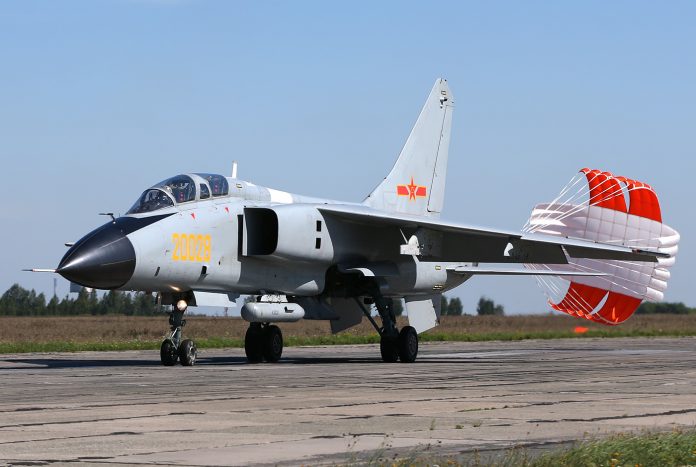 Rising tensions on Pakistan-India border and now India-China border, are signaling towards a more grave concern than just routine stand-offs. The three nuclear countries constitute most significant part of South Asia with China already next in line for being the next super power.

Amid these strains, India, China and Pakistan are at looking ways to strengthen their battlefields and warfare through various means. The Indian Air Force is ready to receive its state-of-the-art Rafale fighter jets from France that are equipped with meteor missiles, worth around 8 billion euros. This procurement, in addition to the already existing frontline air superiority fighter, Sukhoi Su-30MKI and Mirage 2000, will increase aerial warfare strength of India by many folds.

China on the other hand, is carrying out extensive military exercises on land and sea with biggest deployment in years of army on borders. This also included a latest first 9-day “Sea Guardian” exercises on Arabian Sea that included live fire, joint marine training drills, air defence systems, anti-missile technology and submarine rescue.

Among other procurement for warfare, Chinese JH-7 is under great discussion in Pakistan as the armed forces evaluate vulnerability of its eastern border giving direct access to Karachi and Baluchistan.

Conflicts on LoC and LAC

Even during the pandemic of coronavirus, Indian aggression on LoC have continued. Just yesterday, on 27th May, Pakistan army shot down an Indian spy drone in Rakhchikri Sector along Line of Control.

Similarly, last month another Indian quadcopter was shot down by Pakistan Army in Sankh district. During the month of April, Indian hostility was also visible from several attacks on Pakistani villages near LoC.

Prime Minister Imran Khan recently anticipated a false-flag operation in Pakistan by India to divert world’s attention from rising tension among India and its neighbors as well as brutalities in Indian occupied Kashmir (IoK).

On the other hand, there has been a major scuffle between India and China since start of May, 2020 as armies of both nations got involved in fistfights and stone pelting at Line of Actual Control (LAC) in Himalayan region of Ladakh. According to various sources, both Indian and Chinese troops have recently transgressed the LAC along Himalayan boundary which has resulted in serious clashes between armed forces.

The conflicts have raised eyebrows across the globe as world fears violent turbulence in South Asian region. President of United States Donald Trump also recently offered his role as a mediator between the countries.

These conflicts have raised a serious concern for Pakistan regarding safeguarding its boundaries from any infiltration of Indian forces.

Pakistan, being one of the best forces in the world has always updated itself with latest technology whether its Air Force or Land Forces. Pakistan Air Force (PAF) currently has fleet of less than 100 F-16 fighting falcons, more than 100 F-17s of two variants, and Mirage 3 fighters. Despite limited budget compared to India, Pakistan has been working on upgradation of its F-16s to include Chinese PL-15 missiles.

Pakistan’s Navy on the other hand, lacks the aerial engagement and mostly relies on PAF from western and southern Pakistan to lend support. The existing arsenal of cruise missiles have their own limitations like specific trajectory and greater chances of getting intercepted. Given recent conflicts with India and its increasing Air Force procurement, Pakistan needs to look beyond its current fleet for a more naval friendly options. A need for naval aerial strike platform is imminent for Pakistan Navy and JH-7 offers that protection with lesser budget.

JH-7 is a low-cost heavy strike fighter that has been used by China since 1980s. The JH-7 is powered by two Rolls-Royce Spey Mk202 turbofan engines. The JH-7 fighters are designed specifically to fly at low to mid altitudes which helps them in escaping enemy’s radar. Moreover, JH-7, although have an old structure, yet maintains a high safety record with its deep strike options.

The cockpit for JH-7 consists of two-pilot seats that accommodates one pilot and other weapons load officer with weapons load officer having a higher seat for clear visibility of targets. The JH-7 can carry 9000 kg of payload and is armed with single 23 mm twin barrel auto cannon that can fire 300 rounds per gun. The fighter jet is equipped with Eagle Eye multi-function fire-control radar that can track target information of subsonic anti-ship missiles from a maximum distance of 100 km.

The acquisition of JH-7s today can provide a huge relief to PAF in terms of deploying extra fighter jets on Arabian Sea. Moreover, this will reduce maneuverability and advancement of Indian naval forces to a great extent.