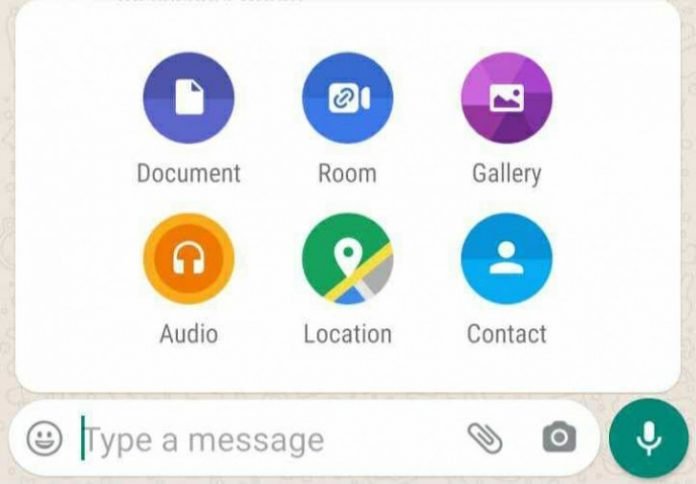 Following the global lockdown amid the Covid-19 pandemic, millions of people started using video chatting platforms such as Skype and Zoom for office meetings, online classes and others.

Zoom became one of the most used video chatting platforms despite all its security flaws. Of course seeing another social networking site getting immensely popular, Facebook wasn’t going to step back and watch.

As a direct rival to Zoom, Facebook rolled out a video chatting feature of its own,Messenger Rooms, that allows up to 50 people to participate in the same group call. Now, as per reports, Whatsapp will add another feature to its app which is the Messenger Rooms support.

The upcoming feature will allow Whatsapp users to directly use Messenger Rooms feature. According to WABetaInfo, the WhatsApp beta app version 2.20.163 for Android features a new integration with Messenger Rooms.

Whatsapp users will see the “Room” option in the share menu inside the chat once the feature is rolled out.

Currently only a limited number of beta users in a few countries can use this new feature but it is expected to be rolled out soon for users worldwide.